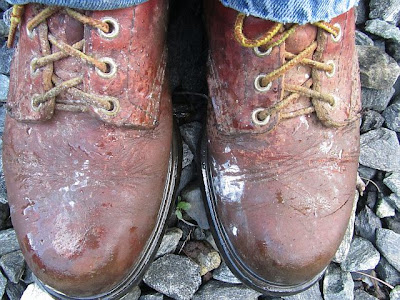 Today is the one year anniversary of the resolution of the Penland illegal overtime boycott. As many people ask about the resolution, I just wanted to update everyone who helped make this a possibility.

As far as we can tell, Penland has repaid all the coordinators from 2000 - 2007 (some receiving over $8,000). I cannot tell you exactly how much was repaid as Penland won't release those numbers to me but we estimate that it is at least $50,000 but under $100,000. This was a significant sum of money returned to coordinators and shows how many people were victimized by this policy.

We couldn't have done it without the help hundreds of people who wrote letters and supported our efforts to get economic justice for all the hard working former coordinators at Penland.

Thank you for your help!

Congrats, John. Your efforts made a difference.

This is good to know. I am happy to know that they followed through and did the right thing.
Even arts organizations need to be held accountable for their actions.I am always amazed at what people will do to not do the right thing.
Job well done John. I hope that people have taken the time to thank you.

I love it when the right thing happens!