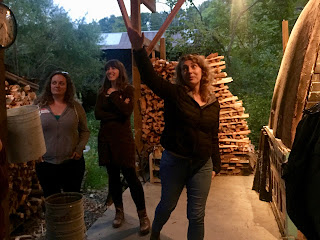 A big thank you to Missy Batten, LeElaine Comer and Molly Walter - aka the Mudhoneyz - for hosting September Clay Club at their studio in Weaverville!

Missy, LeElaine and Molly are all Haywood Community College Professional Crafts Program grads. During their time at Haywood they lucked into meeting some older Haywood Crafts grads - woodworkers and other master craftspeople - who planted the seed of the three of them building their own studio together. They started planning in November 2013 and started building in 2014. In June 2015 they ran a Kickstarter campaign to raise funds to build their kiln and kiln shed. They were extraordinarily successful, raising more than their target goal in a very short amount of time. Somebody asked how they went about setting up such a successful Kickstarter campaign and the answer was research, research, research: before they launched their campaign they learned as much as they could about how to run a successful one. You can check out their Kickstarter campaign here:

The kiln is a hybrid catenary arch kiln fueled by gas to about 800 degrees and then with wood (see the pile of wood in the photo!). The kiln is fired with salt and soda. They aim to fire about every 2.5 months, and they recently had their sixth firing.

The three of them talked about working together and what that’s like. One place they got guidance from was AB Tech’s Small Business Center, including free consultations with a CPA. (Community Colleges throughout North Carolina have small business centers that provide classes and services, much of it at no cost.) They said they initially kept track of how much time they each spent working, but quickly - like, after a day - gave that up. They acknowledged having different strengths and weaknesses in the different aspects of running the studio, and they talked about how they work to take advantage of each others' strengths.

One word that kept coming up from all three of them was community: they lucked out in getting taken under the wing by a community of older Haywood Community College craft grads who helped them see what could be possible; the Village Potters in Asheville have been a source of inspiration for what a ceramic community can look like; and they have a vision of the community that their joint studio is and can be. The Mudhoneyz model is a unique and special way to be professional potters - here’s hoping this is just the beginning of a long and successful collaboration for the three of them.

Thanks again to Missy, LeElaine and Molly for hosting us, and to everybody who came!

Edit: John Britt posted about Clay Club at the Mudhoneyz Studio, too (thanks, John!): http://johnbrittpottery.blogspot.com/2017/09/thanks-amy-waller-and-mudhoneyz.html 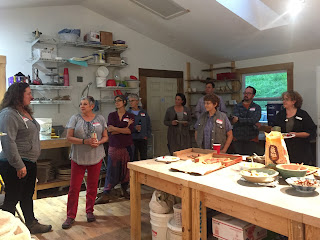 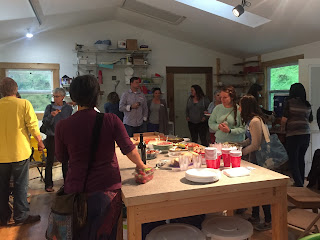 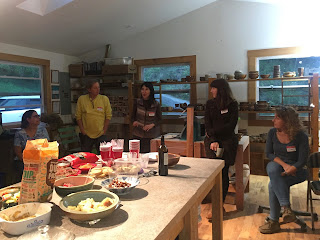 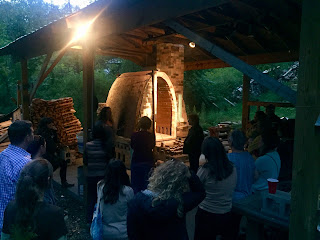 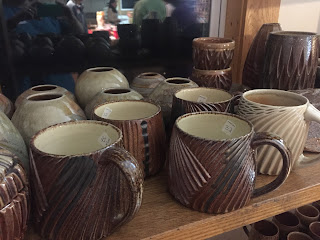 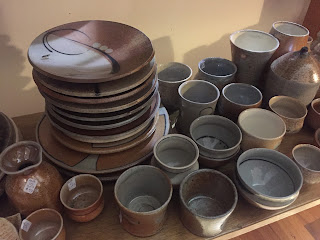 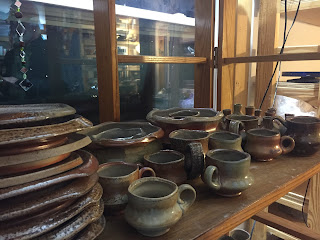