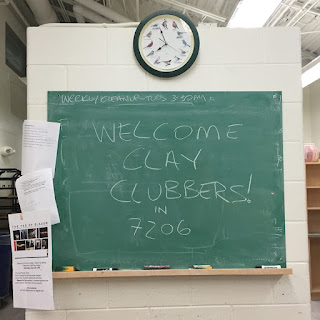 Thank you, Terry Gess, for hosting a terrific Clay Club at Haywood Community College! And thanks to Jeff Chown, North American representative for Netherlands-based Blaauw Kilns. Jeff gave a presentation titled, "The Tao of Blaauw: A High Temperature Philosophy, From About Ten Feet Under the Sea." He talked about an industry approach to kiln-firing that looks for ways to fire efficiently - environmentally efficient, and cost and time efficient, too. Jeff peppered his talk with pop quizes - maybe because we were meeting at a community college?

Jeff is in Western North Carolina to install a computer-controlled gas kiln at Alex Matisse's East Fork Pottery in Madison County, and there's a photo of Jeff showing a slide of the kiln being installed below. (It's the second photo of Jeff during the presentation. The first shows Jeff thinking aloud about all the money wasted in traditional kiln firings - you may have to click on the photo to enlarge it to see that.)

After Jeff's presentation, Terry gave us a tour of Haywood's new Creative Arts facility. Wow! What an awesome craft center. Haywood offers a Professional Crafts Program and they also offer Continuing Education classes in clay and other craft media - check it out!

It was great to get to meet at Haywood. Thanks again to Terry and Jeff, and to everyone who came! 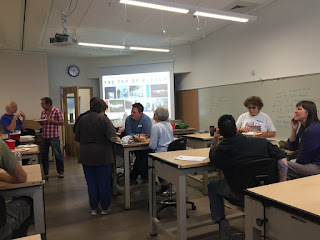 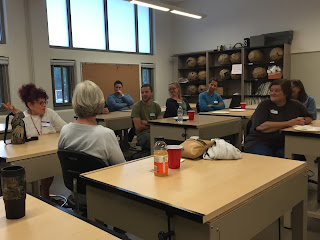 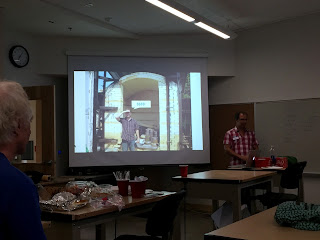 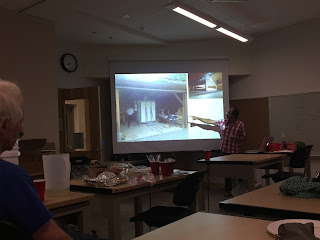 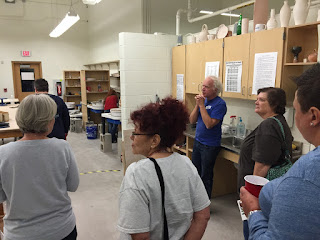 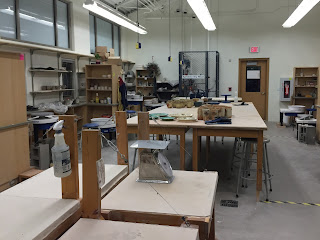 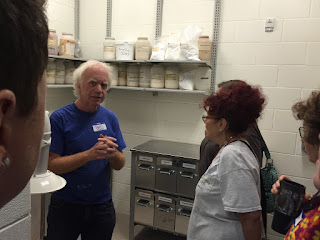 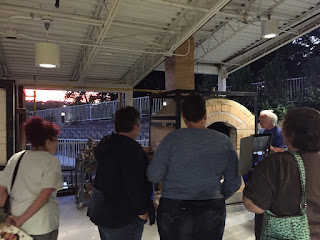