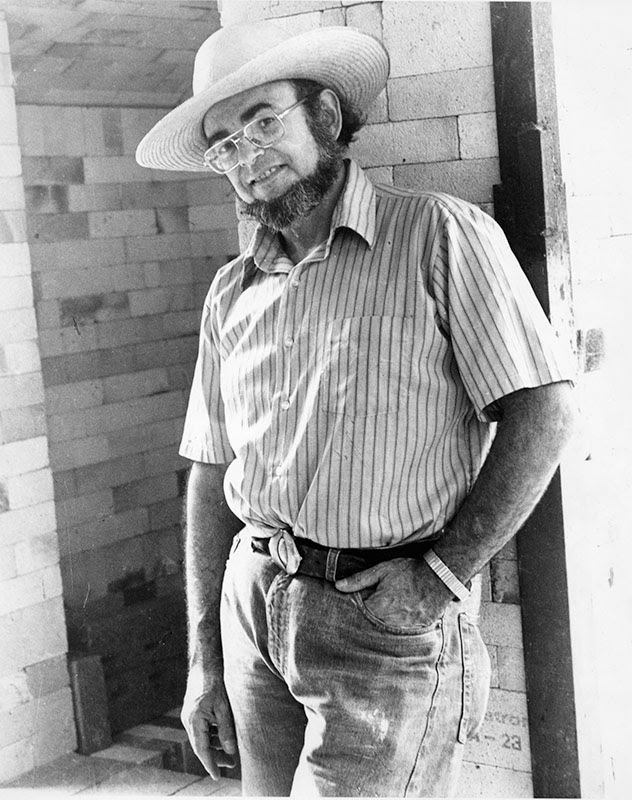 The craft world, Penland School, and the Penland community lost a great artist, teacher, and friend with the passing of Norm Schulman on October 5, just a few weeks short of his ninetieth birthday. Norm began teaching at Penland in 1975, and he and his wife, Gloria, have lived near the school since 1984. He was widely recognized for his diverse body of work in ceramics, his knowledge of materials and processes, and his generous teaching.

Norm received a Master’s degree from Alfred University in 1958. He began teaching at the Toledo Museum of Art and was subsequently head of glass and ceramics at Rhode Island School of Design and head of ceramics at Ohio State University. In addition to teaching workshops at Haystack and Penland, he was a visiting artist, lecturer, or guest teacher in many university programs. Norm was a Penland trustee, an advisor to the clay program, a mentor to resident artists and core students, and a steady and thoughtful presence in the community.

His work has been shown in numerous exhibitions and is in the collections of the Renwick Gallery (DC), the Museum of Arts and Design (NYC), the Wolfsonian (FL), the Mint Museum (NC), and the Asheville Art Museum, just to name a few. Norm was a fellow of the American Craft Council, and in 2006 he was honored with a retrospective traveling exhibition that originated at the Asheville Art Museum. At the 2007 benefit auction, he was the first person to be named a Penland School of Crafts Outstanding Artist Educator, an honor that was shared with Gloria. In 2009, he received the North Carolina Living Treasure award.

Norm said that he was always more interested in learning, experimenting, and exploring than in establishing a signature style. His 2006 retrospective exhibition included functional work, sculpture, figurative pieces, elaborately decorated vessel forms (which he sometimes called “three-dimensional paintings”), different types of clay, many kinds of glazes, and different firing methods. Following a profusion of brightly colored work, the show culminated with a sublime group of simple—perfect—vessels that had been fired in a small wood kiln he built around the time of his eightieth birthday.


Norm Schulman was a kind, straightforward man who shared his knowledge freely and looked everyone straight in the eye. His restless creative energy pushed his artistic career well into his eighth decade. He shared a long and loving marriage with the remarkable Gloria Schulman, and together they have been true builders of community. Norm will be missed for so many reasons. -Robin Dreyer